The Future Company's Metaverse platform "Metaverse2" announced that it will expand and introduce an automatic sales system from the 9th for land that has not been sold while maintaining a market price of less than $1.0.

This is part of preventing the so-called "NAIL HOUSE" in advance, which is considered a major factor in bicycle transactions, and is the second announcement following the last time.

If a user who purchased some land does not register for sale at the initial purchase price or low market price, it is called a "NAIL HOUSE " play, which Metabus 2 was initially concerned about.

If the user who purchased the land does not sell it for a long time, the market price will differ greatly in the area and other regions except for major bases including landmarks, which acts as an obstacle to restricting the influx of new users.

Lotte World Tower, which is expected to carry out various cultural and commercial activities in the future, is being traded from $3749.46 to up to $10000.00. Washington Square Park in New York is $336.15 which is a big difference from Lotte World Tower.

NineOne Hannam, classified as a luxury residential area and commercial hub, is between $500.00 and $29500. while Manhattan Times Square is recording $804.88. 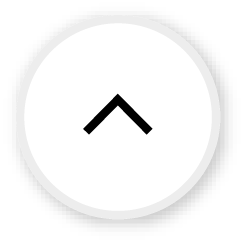